One of the joys of testing with IE8 is the added google time that I get to spend hunting down bugs and solutions. If you find something mesbehaving in Redmond’s browser, then the Internet knows about it and has a fix somewhere.

Todays culprit was caused by using jQuery’s fadeIn effect on a div containing text. The way that jQuery has to animate the opacity transition causes the font’s to not be anti-aliased, appearing all rough and blocky during the animation. It’s due to the use of the filter property to affect the opacity, There are a couple of fixes, including hooking into jQuery to alter how the fadeIn/fadeOut/fadeTo effects work, but the simplest solution is to give the element containing the text a background-color.

Although littering your CSS with redundant background-colors will be a pain when you redesign your site, I think its preferable to relying on a javascript solution.

Anyone who can work in two in-context Monty Python references deserves to be read.

By the way, while Wall Street may be responsible for bad things, it is Wall Street who financed putting a million miles of fiber optic cables crisscrossing continents and under oceans. It is Wall Street that financed the thousands of cell towers. It is Wall Street from which venture capital comes to finance startups like Twitter. Thus, tweeting “Down with capitalism” from your iPhone for those around the word to read seems to be the most ironic thing a person can do. The live stream from the protest site, shared with 12,000 (at this moment) people across the Internet is a testament to Wall Street’s allocation of capital that these protesters fight against. [Obligatory Monty Python reference]

That the protest is dominated by Internet savvy youths exploiting social media is frequently mentioned. But what is not mentioned is the fact that the protesters are overwhelmingly college students, or recent graduates who still haven’t found jobs. They aren’t just any college students, but the stereotypical sort that you might expect to be involved in campus activism, such as graduate students in “Gender Studies.” I found nobody with engineering or science degrees, but many from arts and acting colleges. After talking with one guy for a while about unemployment and his difficult in finding a job after college, I found out that he was a “poet.” I’m not sure he understood that employers aren’t looking to hire poets. The only person I met that had a political science degree was one of the police officers “keeping the peace.”

While testing some updates to one of our Facebook applications today, I ran into an odd error message on IE8.  The error message mentioned KB927917, and is caused by trying to modify the DOM before it is built.  At first, I was confused, because the app is not modifying the DOM at all, its a redirect that is part of the authentication step.  The culprit code was something like:

This was working, without warnings, in Chrome, Firefox, and IE7.  To prevent IE8 from complaining, the redirect should happen after the page is done loading. 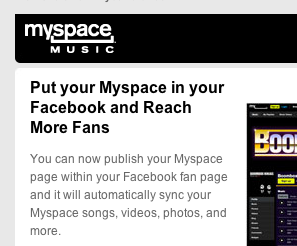 Google’s approach to speeding up the web, explained by Kimsall below, is in stark contrast to Microsoft’s approach to trying to dominate the web 12 years ago. Google’s approach can cut  pageload times about in half, and can really help large and complicated sites that make a lot of requests.  There’s already a proof-of-concept SPDY module for Apache.  You can read the whitepaper on SPDY for details.

The interesting thing to me was the difference between when MS owned the client and server experience (for sites that mattered to me) and now that Google does (for sites that matter to me).  MS seemed to go for more lock-in – pushing ActiveX as a browser technology, pushing IIS as the server of choice, etc.  Google, on the other hand, investigates, tests, and promotes new technology to reduce load times and HTTP overhead for the whole internet.

When Google controls the internet…

You would think something named “Domain Name Registration” would be boring service that the overwhelming majority of Internet users need not think about. However, GoDaddy thinks that may not be good for business, and their latest media blitz has caused me to rethink how I spend my money. I must confess I tolerated their titillating super bowl ads, mostly because I was too lazy to switch, I thought the process would be tedious and cumbersome (boy was I wrong, more on that further down).

If you aren’t aware, when they aren’t planning the next “too hot for TV” ad for the super bowl, CEO Bob Parsons likes to hunt and kill elephants. I’m not a die-hard PETA supporter, another group famous for using sex and controversy to drum up publicity, and more importantly donations. But, upon reflection, I’d rather not have the money I spend on DNS go toward stuff like this.

I’d chosen GoDaddy back when they were a cheap option and others spoke well of the service. Over the years, the company started offering other services, I suppose JUST being a registrar doesn’t make it rain enough to pay women to bounce around, I mean spokes model, for you on TV. As they added more services, they pioneered the art of making the checkout page a confusing mess of addons to trick you into purchasing more stuff. Furthermore, adding the “private” registration option which hides your contact details from WHOIS searches, adds $10/year to the cost, in the end I was really paying $20 to $25 per year for each domain.

Looking for a new registrar, I found Hover (that’s my affiliate link now, save 10%), which is recommended by Leo Laporte of TWIT fame. Their website, from the outset, is the antithesis of godaddy – clean, spartan, and useful. That was enough for me to sign up, and 2 nights ago I began transferring my domains over to them. Their pricing, starting at $15 for the most common TLDs (.com, .net, .org) includes private registration, which makes them more affordable too!

The entire process was very straightforward, and took about 2 hours to do over two nights. Hover provides a thorough step-by-step guide for transferring from godaddy to hover. Each transfer costs $10, and completed in about an hour. It generates a lot of email and confirmations, and godaddy will also send you emails asking you to reconsider, so be prepared to check your inbox frequently. One pleasant surprise, if you are using a 3rd party for managing the actual DNS records (yes, confusing lingo), hover automatically picks up and uses the same name servers.

I’m glad I’ve switched, not only will I save money in the long run, but I know I sent the most powerful message a customer can send by taking my money elsewhere.

Update: Use my affiliate link below to save 10%

If you use Google Analytics, Asynchronous Tracking is now available.  This is a faster way for pages to send data to the mother ship, and was announced at the end of last year.  The GA module for Drupal is working on supporting the new tag, in fact a patch is available if you want to run on the absolute bleeding edge.

We’re happy to announce that the asynchronous tracking tag, which came out of beta last week, is now available in your admin interface when you set up a new profile. This makes it easy for everyone to start off tracking new sites with this very fast, state-of-the-art tag.

Wondering what's new in CSS3 and HTML5 that is bound to make your life easier, and maybe make you really ditch support for IE6 and maybe IE7?  Read this article from Smashing Magazine for an excellent overview.  It's hard to keep up with the changes that are becoming available in modern browsers and this article summarizes them all and provides links to learn more about each one.

Instead, we’re focusing on the specific techniques that you need to know to create modern CSS-based web pages of any style. For each technique or tool, we’ll indicate which of the five characteristics it helps meet. To keep this shorter than an encyclopedia, we’ll also just cover the basics of each technique, then point you to some useful, hand-picked resources to learn the full details.

Particularly in emails? I’m curious, and while I’m a fan of cleaner, and short, urls, I can’t find any evidence to support my hunch. If you’re sending links via email, and the url is not hidden behind an href, do complicated looking urls get less clicks? I suspect they would, because users will ignore them if they look to complicated. A short URL can give useful scents regarding the destination.

Jakob Nielsen looked at URL’s as UI ten years ago. Do you think his advice still holds?

If you missed it, today the new FCC Chairman made a significant announcement regarding "Preserving a Free and Open Internet."  Hint, here’s one way to start – don’t lock everything up in a PDF, but thats not the point.  The stated purpose of the policy is

That’s why Congress and the President have charged the FCC with developing a National
Broadband Plan to ensure that every American has access to open and robust broadband. The
fact is that we face great challenges as a nation right now, including health care, education,
energy, and public safety. While the Internet alone will not provide a complete solution to any of
them, it can and must play a critical role in solving each one.

You’ll excuse me if I read that an hear "We’re from the government, we’re here to help." in the back of my mind.I’m very leery of getting the government involved in regulating the Internet because I’d rather let millions of consumers decide how the network should work than just a few bureaucrats in the federal government.  The latter also invites companies who want to undermine neutrality to concentrate their lobbying efforts on currying favor with the FCC.

TLF breaks down the whole announcement, Government thinks it can “preserve” Internet, scrutinizing the major arguments made by FCC Chariman Julius Genachowski.

Regulation always starts out small, before it grows really big. It has to: Loopholes and other unintended consequences (and opportunities) are always discovered after the “product” launches.

Finally, in the TLF comments section is Ed Felten’s concise and rational position on net neutrality.

Even without a regulatory czar, wheels are turning to punish Comcast for what they’ve done. Customers are unhappy and are putting pressure on Comcast. If they deceived their customers, they’ll face lawsuits. We don’t know yet how things will come out, but it seems likely Comcast will regret their actions, and especially their lack of transparency.